Home 24-7 Lockdown – How is Fletcher Building getting away with this? – First...
Post sponsored by NewzEngine.com

FIRST Union is today calling for immediate Government intervention following revelations that Fletcher Building, one of the nation’s largest employers and a major benefactor of the Covid-19 wage subsidy, has misled workers over their eligibility for urgent financial assistance, used and abused a national crisis to reduce the employment conditions of its workers, and is redistributing funds from the company into a “welfare pool” of its own to apply on a discretionary basis to its lower-paid workers while simultaneously refusing to top up their salaries beyond an arbitrary cap of their own invention.
Jared Abbott, FIRST Union Secretary for Transport, Logistics and Manufacturing, says it’s a frustrating and worrying situation for workers at Fletcher Building and its subsidiaries, and he warns that if one of the biggest employers in the country is already taking advantage of the situation without reproach from Government, other employers will follow suit and workers will lose out on a policy intended exclusively for them. He outlines three of the workers’ main concerns below:
1. Workers have been misled into signing away their rights “in order to receive the wage subsidy”
“This is a tactic emerging as a trend in the last few days as employers find new ways to make receipt of the subsidy conditional on a worker’s agreement to contract variations invented by the employer,” said Mr Abbott.
“What that means is that Fletcher are telling people – mainly union members and others who didn’t want to sign away their rights – that if they don’t voluntarily sign up to Fletcher’s pay bridging programme, the company can’t receive a wage subsidy for them, so they may go unpaid or asked to discuss redundancy.”
“It’s totally disingenuous – the employer is required to notify the Ministry of Social Development that a worker will be receiving the wage subsidy, but they do not have to agree to unilateral changes to their employment conditions by their boss in order to receive emergency help from the Government.”
“Fletcher Building is misleading workers about their eligibility for the wage subsidy and then requiring them to sign on the dotted line – conflating the MSD notification with the variation to other terms and conditions of employment.”
“It traps workers into accepting a raw deal under the guise of pragmatism and deprives them of their rights when they need them most.”
“The worst thing of all is that the pay bridging programme they’ve cooked up will apply even if New Zealand leaves lockdown after four weeks as scheduled – workers could still have another eight weeks left on as little as 30% of their salaries, and Fletcher have confirmed they have no plans to change this.”
2. Why is Fletcher running a “welfare fund” to help its lower-paid workers when they say they can’t pay 80% of their salaries?
“In order to receive the wage subsidy, an employer must commit to making their “best endeavours” to pay 80% of a worker’s wages during the twelve-week period,” said Mr Abbott.
“We already know that Fletcher’s pay bridging programme entails staggered reductions in income for workers over those twelve weeks, but we learned yesterday that the company has its own strategy for dealing with those workers who are made worse off by the company’s dishonest deal.”
“Apparently they are running their own ‘welfare fund’ during the crisis that they will pay into – potentially from the wage subsidy funds directly – and then allocate emergency hardship funds to workers who have suffered a substantial reduction in income and are struggling to get by.”
“So let’s call that what it is – it’s like taking someone’s lunch and then kindly offering them a bite of their own sandwich, but only if you decide they look hungry enough to deserve it.”
“The wage subsidy is an emergency intervention by the state where the private employment market can’t deal with the financial consequences of the coronavirus outbreak, so it doesn’t make sense to pay any less than the 80% of wages you’re required to when you’re also running your own discretionary ‘welfare fund’.”
3. The Government is letting Fletcher Building set the standard for employment relations, and we should all be very worried by that
“The last thing we need right now is for a major employer with such a tight and intertwined relationship with Government to be modelling the absolute worst, most deceptive and duplicitous behaviour with its workers and the public,” said Mr Abbott.
“Fletcher want us to accept the fantasy that a 30% reduction in Exec team salaries is a suitable compromise alongside massive, sweeping reductions in basic employment conditions for thousands of workers.”
“Like many huge companies, Fletcher speak in PR only and through their media announcements, they have attempted to divert the focus away from what’s going on in the background – they want to look like a high-end sports car dealership out on the street-front, but there’s a chop-shop out back.”
“We desperately need the Government and the Minister of Finance to step in and let Fletcher Building know that this is not what the emergency wage subsidy was designed for, and they really must make ever practicable effort to pay their workers 80% of their normal wages at a minimum.”
“So far, Minister Robertson has been too unwilling to hold Fletcher to account and is running the risk of letting one major company’s dodgy penny-pinching become the norm for all employers in New Zealand.”
“Fletcher also confirmed to FIRST that in the 2019 financial year, they have run 3 quarters in profit.” 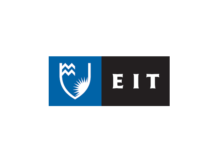 Break the chain of violence with education | EIT Hawke’s Bay...