The annual number of new townhouses, flats, and units consented reached a record high of about 8,400 new homes in the January 2020 year, Stats NZ said today.

The new record was an increase of 28 percent compared with the January 2019 year. The number of apartments consented also grew significantly (up 24 percent).

The number of townhouses, flats, and units consented has more than doubled since the series began in 1992. Over the same period the population grew by around 1.4 million people to nearly 5 million people today.

The seasonally adjusted number of new homes consented fell 2.0 percent in January 2020, following a rise of 9.8 percent in December.

The number of new homes consented each month can vary significantly due to the timing of large multi-unit dwelling projects, such as townhouses and apartment buildings. 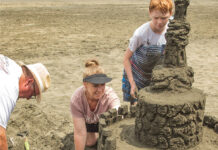