The government is to provide further relief to the rock lobster industry due to severe market disruptions caused by the impact of the COVID-19 virus on the Chinese market.

Fisheries Minister Stuart Nash has agreed to allow some of this year’s uncaught rock lobster harvest to be carried forward to the next fishing year, which runs from 1 April 2020 to 31 March 2021.

“Today’s decision means the rock lobster industry has greater certainty about business decisions. It can effectively defer up to 10 percent of this year’s uncaught rock lobster entitlement till next year,” Mr Nash said.

“The COVID-19 outbreak means the market for New Zealand rock lobster in China has temporarily collapsed. These are exceptional circumstances and require an urgent response. The government’s decision enables some financial relief for the industry.

“Last month I agreed that live rock lobster could be released back into the wild in certain circumstances, after export orders were cancelled.

“The rock lobster industry then asked for further help to enable some of their uncaught Annual Catch Entitlement (ACE) to be carried forward for the next fishing year.

“I agreed with the 10 percent carry-forward, as it is in line with previous decisions about other fish stocks in the Quota Management System.

“It is estimated about 120 tonnes of rock lobster ACE could be carried forward to the next fishing year. The industry can now release rock lobster back into the wild, subject to biosecurity and survivability criteria. It will be available for later harvests and allow the industry to recover some of its anticipated income from the lost orders,” Mr Nash said. 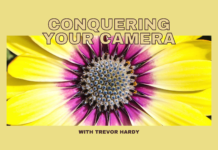