The New Zealand Taxpayers’ Union can reveal that the Napier City Council has agreed to give the soon to depart Napier City Council Chief Executive Wayne Jack a golden parachute in exchange for his departure. The Mayor has told the Taxpayers’ Union that she is bound by a confidentiality agreement she has signed, suggesting her public comments that Mr Jack ‘resigned’ was a lie.  She also refused to deny the accuracy of the Taxpayers’ Union’s source who has said that the amount agreed is more than half a million dollars.

“It’s not a resignation when you’re paying them to do it,” says Taxpayers’ Union spokesman Jordan Williams.

“What adds insult to injury for Napier ratepayers is the sneaky way the Mayor has approached this issue. This is ratepayer money, ratepayers should know what they’re coughing up.”

“We understand ratepayers are coughing up more than half a million dollars, despite Wayne Jack heading straight into a brand-new job in Australia.”

“The Mayor needs to front up. If she can’t confirm the amount, she needs to tell ratepayers why she agreed to keep the amount secret.”

Elected and unelected officials, or Wayne Jack, are encouraged to use the Taxpayers’ Union confidential tip-line so ratepayers may know the exact amount payable under the exit agreement. www.taxpayers.org.nz/tip_line

Stop pretending the marae spend-up is about jobs 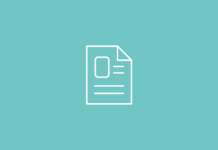