“We share the Government’s aspiration for Aotearoa to be the best place in the world to be a child. That starts with valuing the crucial role early childhood education plays in children’s development,” he says.

“This Children’s Day we’re highlighting the crisis in early childhood education and urging the Government to take action. Chronic underfunding and low pay over the past decade has severely impacted early childhood education. Fewer teachers are entering and staying in the profession, which has led to a very real teacher shortage. We need to urgently turn this around for the sake of our tamariki and their future,” says Mr Rutherford.

“Early childhood teachers outside of Kindergartens are paid on average 23% less than other teachers with the same qualifications and experience. That’s clearly not okay. We need to fix the pay gap. Kindergarten, primary and secondary teachers all have pay parity. We need pay parity for all ECE teachers,” he says.

“The stories we’ve heard from early childhood teachers about how the crisis is affecting them are just heartbreaking. Centres are scraping by and in many cases having to shut their doors, while teachers are struggling to support their own families while on such low pay.”

“We’re really encouraged that the Education Minister has acknowledged the problem and has said early childhood is his priority this year. Children’s Day is a chance for us to remind him and his Cabinet colleagues just how urgent the problem is ahead of May’s budget.”

“NZEI Te Riu Roa’s ECE Voice campaign is about joining together and empowering the voices of the whole sector in this call to Government. We encourage anyone who cares about early childhood to join at ecevoice.org“ 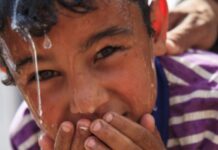 Funds to protect children in crises fail to keep up with... 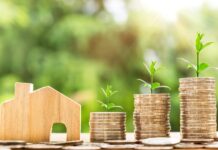