There are nine different measures for child poverty, and these statistics were published today for the year ended June 2019, Stats NZ said today.

There were generally decreases in the low-income measures, though most of the changes likely reflect the expected uncertainties present in all sample surveys. There was no significant change to material hardship rates.

We produced the statistics from our improved household economic survey (HES), which surveyed adults in more than 20,000 households in 2018/19, compared with between 3,500 and 5,500 households in previous years.

The Child Poverty Reduction Act 2018 requires Stats NZ to report annually on a set of nine different measures. Three of the nine measures have targets to reduce child poverty over three- and 10-year periods.

The proportion of children living in low-income households are presented both before and after housing costs. The income measures use an equivalised median income, which means the income is adjusted for household size and composition.

In the year ended June 2019, about one in seven New Zealand children (168,500) lived in households with less than 50 percent of the median equivalised disposable household income before housing costs are deducted.

After housing costs have been deducted, the number of children living in New Zealand in relative poverty rises to one in five children (235,400). This measure, accounting for both inflation and the impact of housing costs, shows about 20.8 percent of children live in households with an income below half the 2017/18 median equivalised disposable household income.

As well as looking at incomes before and after housing costs have been deducted, Stats NZ reports on material hardship, which indicates the number of households missing out on more than six of the 17 basic things most people would regard as essentials.

“Examples of material hardship include the respondent reporting not eating fresh fruit or vegetables, putting off a visit to the doctor, or not being able to pay the gas or electricity bills on time,” Mr Broughton said.

Findings for Māori and Pacific peoples 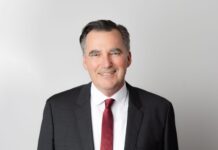