Despite more than 40 years of law reform aimed at improving the experience of giving evidence for adult rape complainants, Ministry of Justice research in 2018 re-confirmed that the process remains distressing and re-traumatising.

According to experts, more worrying is the unchanged opinion of many working within the criminal justice system, including judges, lawyers and police; that they would not advise a family member to complain of rape.

In response to, in particular, the reform-resistant nature of cross-examination, and with funding from a Marsden grant, UC Law Professor Elisabeth McDonaldand her co-researchers have analysed complainant evidence, closing arguments and jury directions from 30 adult rape trials, with the aim of establishing why there has been no real change in complainants’ experience.

With support from UC and the New Zealand Law Foundation, a comparative analysis of 10 cases from the Sexual Violence Court Pilot has also been completed. In an upcoming UC Connect public lecture, Professor McDonald will present an overview of the findings, some reform proposals and outline her future work.

The lecture will also mark the online launch of the researchers’ Open Access book, Rape myths as barriers to fair trial process: Comparing adult rape trials with those in the Aotearoa Sexual Violence Court Pilot, published by Canterbury University Press, with research and writing contributions from Paulette Benton-Greig, Rachel Souness and Sandra Dickson.

Professor Elisabeth McDonald has established teaching and research interests in legal issues related to criminal law, criminal justice, the law of evidence, gender and sexuality. She has particular expertise with regard to the evidential and procedural rules relating to the prosecution of sexual offences. She was part of the New Zealand Law Foundation-funded research project which culminated in the publication of From “Real Rape” to Real Justice (VUP, Wellington, 2011). Elisabeth is widely published in the area of the law of evidence, and has been a regular consultant to the Law Commission in this area, as well as many others. She was co-convenor and co-editor of the Law Foundation-funded Feminist Judgments Project Aotearoa (Hart, 2017) and was appointed to the New Zealand Law Society Working Group on Harassment (2018). In June 2018, she became a Member of the New Zealand Order of Merit for Services to Law and Education. 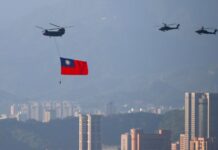 New possibilities on horizon as My Covid Record website launches

Local Government – Cars on the beach? Paid parking changes? Have...