New Zealand has lost a great champion for business, trade, international relations and the sense that anything is possible for this country.
EMA Chief Executive Brett O’Riley says the country’s 34th Prime Minister, Mike Moore, acutely understood the importance of trade and tourism to New Zealand.
“He devoted his life in the public sector to furthering the cause of global free trade, highlighted by his election in to lead the World Trade Organisation, and in recent times his role as New Zealand’s Ambassador to the United States in shaping what became the CCTPP trade agreement,” he says.
“Mike was passionate about helping New Zealand businesses succeed, tirelessly leading trade missions and promotions globally, working in partnership with what became known as ExportNZ. He used the idea of the lamb burger to focus people on the importance of adding value to our commodity agricultural products. Mike was also the first Minister to include trade union representatives on these export missions so they could see firsthand the challenges and opportunities facing business in overseas markets.”
“I was privileged early in my career to work for Mike when he was first a Cabinet Minister. His work ethic, creativity, sense of adventure, and commitment to New Zealand have inspired me ever since. The stories of those times, as this country stepped out of the shadow of the UK and forged its own identity, will be retold forever, with Mike championing initiatives like the America’s Cup challenge, the expansion of the ski industry and adventure tourism, global free trade rounds and much more,” says Mr O’Riley.
“Mike also played a huge foundational role in setting the direction for tourism and recreation, and sport in New Zealand, the latter through the formation of the Hillary Commission, restructured and renamed Sport NZ, much to his displeasure.”
“A giant Totara has fallen but Mike’s shadow and presence will live long in our hearts and in our history,” says Mr O’Riley.
About the EMA:
The EMA is New Zealand’s largest business service organisation dedicated to helping people and businesses grow. It offers advice, learning, advocacy and support for 7600 businesses as members of the EMA, ExportNZ and The Manufacturers’ Network. The EMA is part of the BusinessNZ network and its territory spans the upper North Island. The EMA also offers many of its services nationally to member businesses, and through its partners. www.ema.co.nz. 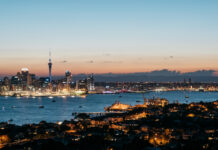