Waka Kotahi NZ Transport Agency is continuing to monitor progress on Transmission Gully as the contractor, Wellington Gateway Partnership (WGP), and their sub-contractor, CPB HEB Joint Venture, work to complete construction of the motorway and meet the required safety, quality and environmental tests.

There has been some good progress on consent tasks but work continues on the stormwater system which is a significant consent requirement for road opening.

Under the Public Private Partnership (PPP) contract, it is the responsibility of WGP and the builder, CPB HEB, to deliver a road that meets the safety, quality and environmental standards agreed in the contract, and expected by the public.

As stipulated in the PPP contract, there are 100 safety and quality assurance tests that must be met by the builder before the road can open. There are also 45 consent tasks that need to be complete to meet the requirements for road opening, which then need to be signed off by Greater Wellington Regional Council and/or the relevant territorial authorities.

The paving work at Linden, where Transmission Gully joins the existing State Highway 1, was finished last weekend. While the road is starting to look finished from the southern end, much of the remaining construction work for road opening (such as on the stormwater system) is happening behind the hills.

Paving and work on the stormwater system are important construction elements the builder will be focusing on over the next couple of weeks, alongside the safety and quality assurance tests and consent tasks.

These need to be completed for the road to safely and legally open to traffic. The tests are important, not just to meet the contractual requirements, but so that there are no major issues that need to be repaired or redone after the road has opened – which could lead to frustrating closures for motorists. 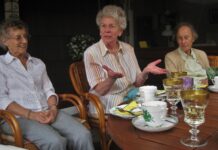 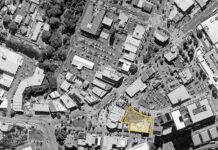