From today, all Kiwi women start working for free, and MindTheGap NZ is calling on all Kiwis to #JustAsk businesses about their pay gaps.

According to Stats NZ, the 9.1% gender pay gap means that women in New Zealand are now working for free until the end of the year. Importantly, MindTheGap NZ says this week is about acknowledging that pay gaps are not just about gender.

MindTheGap is calling for the public to #JustAsk their employers and other businesses to know their pay gaps and say yes to reporting them.

Ms Stuart says that when they #JustAsk, supporters are using their power as a consumer, an employee, or an investor to instigate transparency, and in turn, action.

“Pay gaps are not a ‘women’s issue’ or a ‘minority issue’, but an issue our businesses, organisations and institutions must actively reject to create a fairer Aotearoa.”

The call to #JustAsk follows MindTheGap NZ’s announcement of a Public Pay Gap Registry, formed to support all organisations to sign on and commit to pay gap reporting. Ms Stuart says the decision to form a registry was informed by international evidence that points to the effectiveness of pay gap reporting in achieving fairer pay.

“Experience overseas tells us that when we know our pay gaps, we are more likely to work towards closing them.”

Campaign organisers acknowledge that although today marks the date all women stop getting paid, this date is earlier when intersectionalities are considered. Both Pasifika women and Wāhine Māori started working for free in October.

Pacific Women’s Watch (PWW-NZ) Convener Rosie Paterson-Lima says these are significant pay gaps that are not only wrong in principle but are affecting the livelihood of whānau.

“When you have the courage to #JustAsk, you’re potentially impacting a range of people.”

Alofa Lale, President of PACIFICA adds, “We want employers to just tell us what the gaps are. This will put us in the best position to make informed decisions for our future aspirations.”

Shareable illustrations by Tahnee Le Pine including social media cover images, infographics, and a virtual meeting background can be downloaded from mindthegap.nz.

More information including a #JustAsk guide, FAQ, and other ways to get involved are also available from mindthegap.nz. 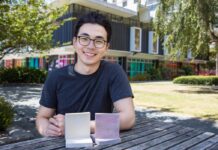