For TECNO Spark 7, it is mainly positioned in the entry-level smartphone market. Its main focus is on feature phones, mainly sold to Africa and India, bringing more localized products to consumers there.

Spark 7 smartphone, whose main specifications include a 6.52-inch HD display, 2.5D curved glass, 6000 mAh battery and 16 million smart camera, is suitable for everyone. And in the design pursuit of better looking, the 2.5D curved glass makes this smartphone look quite full, visually much better than flat glass, but with strong impact resistance.

In addition, the exterior features a waterdrop screen (also known as waterdrop full-screen) design scheme, a rectangular camera module housing dual sensors and a LED flash, and comes with a physical fingerprint sensor. In fact, looking at the Chinese smartphone market in 2021, it is obvious that the water drop screen is not the trend. Most smartphone manufacturers familiar to Chinese people, such as Huawei, Xiaomi, OPPO and Samsung, now adopt the design scheme of perforated screen.

So how is it that the outdated TECNO takes an invincible lead in African sales?

In order to deepen the African market, Transsion conducted researches on the characteristics of Africa such as lack of electricity, and mainly promoted the feature of long battery life. It also supports multi-card and multi-standby, which is in line with the habits of consumers in Africa. In addition, Transsion also customized a set of selfie beauty algorithm for African consumers.

TECNO’s ambition is evident from its dominant market in Africa to its strategic cooperation with JD.ID. Due to the similarities between the Southeast Asian and African markets, where the consumption level is generally low, TECNO’s test run is expected. TECNO’s high price/performance ratio will most likely give it another edge, with many Southeast Asian consumers willing to pay for Spark 7. 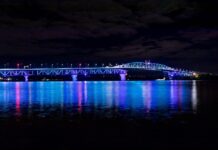