Last night (10:30pm NZT) in the UK High Court, the United States began their appeal against the decision not to extradite Julian Assange, to face charges for publishing evidence of their war crimes.

The UK decided not to extradite Mr Assange in January given a highly respected psychologists testimony that he would suicide, due to his poor mental health and the brutal conditions of detention he would likely be subjected to in the US.

Amnesty International renewed their calls for the US to drop the charges and for Mr Assange to be set free. The IFJ – International Federation of Journalists who represent 600,000 journalists worldwide, and National Union of Journalists took out a full page newspaper ad that said ‘Media freedom is suffering long lasting damage by the continued prosecution of Julian Assange.’

Mr Assange requested but was DENIED the opportunity to attend court in person. He also was reportedly given a ‘high dose of medication’, and appeared very thin and unwell, at times wincing in pain, hunching over and coughing.

Many journalists including Reporters sans frontières / Reporters Without Borders / RSF again reported significant issues gaining access to observing the hearing. Only 6 seats were allocated for the public. An alarming continuation of obstruction against observation from the January hearing.

The US prosecution tried to argue that Mr Assange was not so unwell, and that he may be treated well in the US. At one point they argued that people who drink milk and eat oranges cannot be seriously depressed.

Despite arguing that he may be treated well, the US also argued that they should reserve the right to impose SAMs (Special Administrative Measures). SAMS consists of conditions of detention, like prolonged solitary confinement, that according to the Geneva Convention amount to psychological torture. Such methods were used against whistleblower Chelsea Manning.

Today the Defence is expected to present their argument that US assurances that Julian ‘may’ be well treated are worthless, given that the conditions of his detention under SAMs will be at the discretion of the CIA, the same organisation that plotted to kidnap, poison and assassinate him.

Aotearoa 4 Assange on Tuesday this week hosted an international panel of experts including Daniel Ellsberg, calling on the New Zealand Government to lead the way home for Mr Assange by welcoming him to our shores. 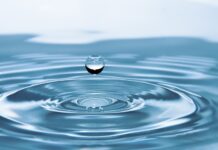 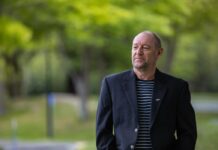