Lamba was named Linde’s Chief Operating Officer in October 2020. Throughout his more than 30-year tenure with Linde, he served in various leadership roles including Executive Vice President APAC, Head of Regional Business units (South & South East Asia) and Managing Director India. In addition to his appointment as CEO, Lamba will join Linde’s Board of Directors, effective March 1, 2022.

“I am truly honored to lead this outstanding company into the future,” said Lamba. “Linde is exceptionally well-positioned to capitalize on profitable growth opportunities in several end markets, including electronics, healthcare and clean energy. I look forward to working with the talented Linde team to continue driving our high-performance culture and create sustainable value for Linde shareholders.”

Angel was named Chief Executive Officer of Linde plc in 2018, having successfully led the merger of Linde AG and Praxair into the world’s largest global industrial gases and engineering company. Under his leadership, the company implemented a culture of operational excellence and capital discipline which, when combined with industry leading growth, generated 100% Total Shareholder Return over the last three years. Prior to his role as Linde CEO, Angel served as Chairman, President and CEO of Praxair, Inc. since 2007.

“It has been a privilege to lead Linde to become the best performing industrial gases and engineering company in the world,” said Angel. “As Chairman, I look forward to working with Sanjiv as we further strengthen Linde’s reputation for excellence. I’m confident that under Sanjiv’s leadership, Linde will maintain our high-performance culture, aggressively implement our new sustainability goals and leverage the many growth opportunities we have in front of us to create significant shareholder value.” Angel continued, “I want to thank Wolfgang for his partnership in enabling our highly successful merger and his leadership as Chairman of the Board of Directors.”

Reitzle retires from Linde after nearly 20 years with the company, during which he served as President and CEO of Linde AG and Chairman of the Supervisory Board of Linde AG.

“It was an honor to work with Linde’s outstanding board members and senior management throughout my tenure as Chairman,” said Reitzle. “I’m pleased to know Steve will now lead the Board of Directors and Sanjiv will be at the helm of the company. Linde could not be in better hands.”
– Published and distributed with permission of Media-Outreach.com. 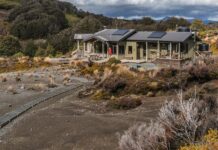