Home 24-7 ‘Counting Ourselves’ – Advocacy Research Should Be Treated With Caution
Post sponsored by NewzEngine.com

Transgender research coming out of the University of Waikato’s Trans Health Research Lab should be treated with the upmost caution because of their conclusions and policies which are contradicting what experts around the world are now saying regarding the treatment of gender dysphoria.

Unfortunately, the unit is driven by activists and an agenda, rather than science and independent research. In fact, it’s now in conflict with the science.

The Counting Ourselves study is weak in a number of areas, including:

The unit has also been silent on the latest statements coming from key leaders in the World Professional Association for Transgender Health (WPATH). Two of the world’s leading doctors for gender reassignment procedures – both of them transgender women – have expressed concern about the number of children being given puberty blockers, and undergoing gender/sex reassignment surgery, describing the rise in procedures as “deeply worrying”. Dr Marci Bowers and Dr Erica Anderson warn that children should not be given puberty blockers, which they say could have irreversible consequences. They also warn that reassignment surgery can leave people permanently sexually-dysfunctional. There are also serious, long-term mental-health issues to consider.

The unit is also at odds with the Royal Australian and New Zealand College of Psychiatrists (RANZCP) who have just released a position statement on gender dysphoria, and in it they explicitly acknowledge that “there are polarised views and mixed evidence regarding treatment options for people presenting with gender identity concerns, especially children and young people.”

The position statement also says, “Comprehensive assessment is crucial. Assessment and treatment should be evidence-informed, fully explore the patient’s gender identity, the context in which this has arisen, other features of mental illness and a thorough assessment of personal and family history…”

Interestingly, there is no mention of this statement on the Counting Ourselves website.

The unit is also at odds with medical professionals and groups around the world who are sounding growing concern around the use of puberty blockers to treat young people with gender dysphoria because of the low certainty of benefits, but the significant potential for medical harm.

Sweden’s leading gender clinic – Stockholm’s Astrid Lindgren children’s hospital – has become the world’s first to end routine treatment of minors under the age of 18 with puberty blockers and cross-sex hormones. Britain’s NHS recently withdrew a claim that the effects of puberty blockers are “fully reversible” – a claim made on TVNZ’s Sunday programme, but challenged by experts spoken to by Newshub and a leading Australian pediatrician.

The Australian reports on a new paper involving gender clinic staff from The Children’s Hospital at Westmead in Sydney, which says that “gender clinicians are under increasing pressure to enable ‘conveyor belt’ medicalisation of children who arrive already convinced that hormonal drugs are the only solution to their distress.”

A leading expert clinical psychologist Thomas Steensma from the Dutch clinic which pioneered puberty blocker drugs for children distressed by unwanted sexual development has also sounded the alarm about gender clinics around the world “blindly adopting” the use of puberty blockers without further research.

Over a quarter (26%) of doctors do not support the British Medical Association (BMA) lobbying to ban conversion therapy.

Parents are right to be concerned about the criminalising of parents and carers who oppose puberty blockers, chest binders, cross-sex hormones and surgery as a solution to gender dysphoria. and who wish to affirm the biological sex of their children.

Despite Counting Ourselves recording that mental health & wellbeing, binge eating & weight control behaviours, substance abuse, involvement in prostitution, and being a victim of sexual violence is disproportionately high amongst those with gender dysphoria, they fail to acknowledge the many world studies in liberal countries that show no improvement in these outcomes after changing gender and after sex reassignment surgery. (see summary below)

Interestingly, in the Christchurch Health and Development Study led by Prof David Fergusson, their research acknowledged that for LGB youth, there is the possibility of “reverse causality” in which young people prone to psychiatric disorder are more prone to experience homosexual attraction or contact, and the possibility that lifestyle choices made by GLB young people place them at greater risk of adverse life events and stresses that increase risks of mental health problems, independently of GLB sexual orientation. This conclusion has also been argued for as it relates to those with gender dysphoria – as highlighted by the recent RANZCP position statement.

Unfortunately, the University of Waikato is only pushing a gender affirmative model as part of their activist gender agenda. Their research and publications should be treated with caution. 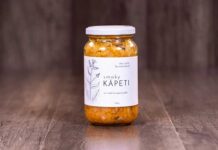 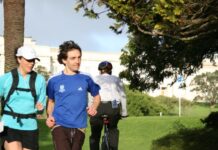 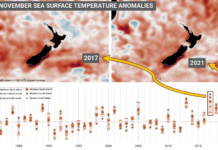