The Maritime Union says further threats are emerging from the closure of Marsden Point refinery.

It has been reported that the cost of bitumen will be rising by 40%.

Bitumen is now imported after its local production was phased out as part of the wind down of the Marsden Point refinery by its owners.

Maritime Union of New Zealand National Secretary Craig Harrison says it is naïve to think that oil companies involved had any commitment to New Zealand other than ensuring profit.

“Their interest is shareholder return. New Zealand’s interest is energy security. These two interests are in conflict with each other.”

The recent buy out of Z Energy by Ampol shows any local control of fuel has been completely lost, says Mr Harrison.

Mr Harrison says the current global supply chain crisis is a red alert warning that New Zealand needed to have a strategy for secure energy supplies.

Political tensions in the Asia Pacific region were another emerging threat to reliance on Asian refineries.

Mr Harrison says New Zealand can’t rely on the good will of global fuel companies and drew an analogy with what has happened in shipping services to New Zealand in the last year.

“Previous Governments forced us into reliance on global shipping companies to move New Zealand exports and imports, and there was no backup plan.”

Building activity down in September quarter – Stats NZ media and... 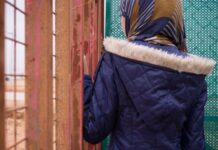