An adjustment payment has been made to Waikato-Tainui and Ngāi Tahu under the relativity mechanisms in their 1995 and 1997 Treaty of Waitangi settlements, Minister for Treaty of Waitangi Negotiations Andrew Little announced today.

Waikato-Tainui and Ngāi Tahu have received $93,000 and $88,000 respectively to ensure the value of their Treaty settlements maintains their relative size compared with the total value of all Treaty of Waitangi settlements to date.

“The payments relate to the resolution of some disputes concerning the relativity mechanism payments made in 2012 and 2017”, Andrew Little said.

“The relativity mechanisms are an important part of the settlements agreed with both Waikato-Tainui and Ngāi Tahu.

The Crown and both iwi have agreed to resolve all disputes relating to the 2012 and 2017 relativity mechanism payments through confidential arbitration.”

Both iwi can request a payment every five years to ensure the real value of their settlements remains at 17-percent (Waikato-Tainui) and 16.1-percent (Ngāi Tahu) of total Treaty settlement expenditure. 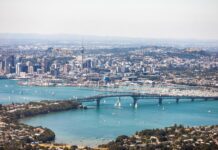