A Consumer NZ survey has found buy-now, pay-later services are costing shoppers more than $10 million a year in late fees.

Close to four out of 10 Kiwi consumers use buy-now, pay-later services, such as Afterpay, Laybuy and Zip.

Consumer NZ chief executive Jon Duffy said the payment option was heavily promoted with companies keen to emphasise it was interest-free. However, customers who couldn’t make repayments on time were charged late fees.

“Our survey found 14% of consumers had been stung with late fees. Based on the amount charged, we estimate late fees are likely to add up to more than $10m a year,” Duffy said.

Consumer NZ’s survey found buy-now, pay-later was particularly appealing to younger shoppers. Those aged 18 to 29 were more likely to be regular users, with clothing and footwear the top purchases.

However, close to one in five consumers were using the services to pay for essentials, such as groceries and car repairs.

About half (55%) of buy-now, pay-later customers said the payment option had also encouraged them to make purchases they would not otherwise have made.

Consumer NZ is calling for buy-now, pay-later services to be regulated under the Credit Contracts and Consumer Finance Act.

“Unlike other lenders, buy-now, pay-later companies aren’t covered by the act. That means there’s no legal obligation on them to ensure their lending is responsible and suitable for their customers,” Duffy said.

Buy-now, pay-later customers also didn’t have a right to a cooling-off period.

“With other products bought on credit, you get a cooling-off period where you can cancel if you change your mind about the purchase. But that’s not the case with buy-now, pay-later.”

Regulation of buy-no, pay-later services is also backed by FinCap, The Salvation Army, Christians Against Poverty and Debtfix.

Figures are from a nationally representative survey of 2000 New Zealanders aged 18 years and over. The survey was conducted in April and May 2021. 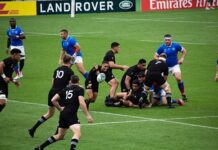