Home 24-7 Transport – Why light rail is the right solution for Auckland
Post sponsored by NewzEngine.com

Over the past several months, the Auckland Light Rail Group has been gathering Aucklanders views about how light rail can work best for the city. It’s been critical engagement to allow a better understanding of what’s important, especially in the corridor communities from the City Centre to Māngere. This feedback helps improve the advice and recommendations to the Government on how to move forward.

Some questions have focused on why a light rail solution is being advanced, as opposed to other transport options like trackless trams, rapid bus and traditional heavy rail.

The latest technical assessment work has identified that light rail is the ideal form of transport to pursue. While the other modes have merit and were considered in a long list of options, they are not the right fit for the City Centre to Māngere corridor.

They have demonstrated their ability internationally to provide reliable and convenient access to home and work, to decrease car dependence and spur new business and housing growth along the route.

While trackless trams have light rail type features and operate on public roads without the need for rails to guide them, it wouldn’t offer enough capacity in a corridor that is home to nearly 200,000 people and growing fast.

A standard trackless tram can hold about 170 people, whereas light rail can hold about 420 and light metro 580 people per trip. Traffic predictions from Māngere to the City Centre during the morning rush show that trackless trams would be full by the time they get to Mt. Roskill, leaving customers behind.

Trackless trams also weigh about 50 tonnes and require strengthened pavements along the entire length of the route. While some believe this option would alleviate construction disruption, the system would still incur the cost and disturbance associated with digging up streets to prepare for trackless trams, as the roads are not designed for overweight vehicles.

Rapid buses run into a different set of problems. This option would contribute to a significant overall network issue. There are currently too many buses within the city centre, which is affecting the function and amenity of our streets. Even if they were all electric which is good from a carbon and pollution perspective – it still makes no difference to congestion. There’s simply not enough space for all the buses needed to support Auckland’s continued growth.

Traditional heavy rail options were also investigated.  There are capacity and fixed infrastructure benefits, but the potential options like an Onehunga spur to the airport, or an airport to Puhinui connection fall short of the central objective of our work – to connect communities and enable urban growth.

“Auckland is struggling to keep pace with growth in a sustainable way and needs new ideas. The overlay of light rail across the entirety of a 25km corridor gives us the ability to smartly plan growth in the central isthmus and south.”

A chance to create a foundation for new housing, shops, businesses and community facilities that support local communities. This project is about much more than a transport solution.

Auckland Light Rail Group’s assessment work, rooted in providing a fit-for-purpose transport and urban catalyst that meets these objectives, has identified light rail as the best mode of transport to pursue. 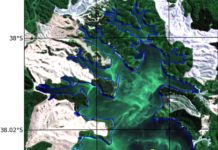