The Civil Aviation Authority (CAA) is pleased to announce the appointment of Mike Hill as the Deputy Chief Executive – Aviation Security and Infrastructure.

Mike comes to the CAA from Maritime NZ where since 2015 he was the Manager of Rescue Coordination (air, land and sea) and Safety Services, which included responsibility for maritime navigation infrastructure.  Prior to working at Maritime NZ Mike was in NZ Police, working in various North Island towns.  He returned to Wellington as an Inspector in various leadership roles within the Wellington District from 2005 to the beginning of 2015.

Mike has a Master of Public Management degree from Victoria University of Wellington and is an experienced security and emergency management sector leader having undertaken various professional development programmes in this area. 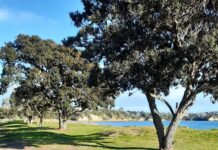 Have your say on the Manly bollards