PPTA Te Wehengarua president Melanie Webber examines how far we have come and where we still need to go with our assessment system.

It’s hard to think of anything more soul-destroying than to have been a teacher in the days when assessment was a zero-sum game; 50% of students had to fail at year 11, regardless of how hard they tried or how well you taught.  For students studying Māori and other subjects deemed non-academic, the situation was even more unfair because an overall 50% pass rate required the failure rate in those subjects to be much higher – sometimes as high as 80%.

No wonder then, that PPTA Te Wehengarua members led the charge for a new and fairer, standards-based, assessment system. But never was the adage “Be careful what you wish for” truer than for the tortured process of bedding in NCEA.

Rediscovering the benefits of consultation

NCEA probably wins the prize for the worst-implemented initiative in New Zealand educational history and that’s from a packed field.  It’s now the stuff of legends, but initially politicians and NZQA officials believed the best way to make this massive change in secondary schools was to refuse to consult with secondary teachers, and certainly not with their pesky union.

Unsurprisingly, this “we know best” approach almost destroyed the qualification, at which point, officials and politicians rediscovered the benefits of consultation.

While no-one would claim that NCEA is anything more than a “work in progress” it is the case that listening to teachers and engaging with the union has led to improvements.  For two decades now, members have determinedly and persistently advocated for changes that have made the qualification better.  In fact, without constant pressure from the union for better implementation, more resourcing and support, NCEA would probably have imploded.

Rescuing NCEA has come at a cost

But rescuing the NCEA has come at a cost. There has never been enough time, professional development, valid tasks, exemplars, moderation support, or feedback, so too often teachers have been left trying to repair the engine while the plane is still in the air. Disaster has been averted only because teachers’ sense of professional responsibility means they will always do the best by their students regardless of the personal sacrifices.

Yet, when I reflect on how far we’ve come, it’s clear that there has been progress. It seems at last there is wider recognition that secondary teachers need a greater level of support, and the assessment materials they have been asking for, for ever.

In contrast to some previous years when PPTA had to demand (sometimes with threats) time for teachers to get together for professional conversations about how to put changes into practice, Teacher-Only Days were a given with the latest initiatives.

It’s also important to note that from a standing start in 2000, consultation and engagement with Māori has resulted in enhanced resource development and goal to broaden the Te Ao Māori perspective.

PPTA Te Wehengarua Annual Conference has long called for the creation of curriculum and assessment support roles similar to the Senior Subject Advisors and, while they are some way away, it seems likely that the regional Education Servicing Agencies (ESAs) will eventually be able to assume this responsibility.

Kia whakatōmuri te haere whakamua.  Sometimes fear of the future and the challenges of the now stop us from seeing how far we’ve come. We may well be walking backwards towards our future but guided by a past that is based on principled commitment to the best interests of secondary students in Aotearoa.

2021 revisions to balance of payments and national accounts – Stats... 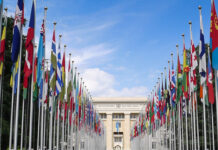