Home 24-7 Transport – Māngere to the airport in 20 minutes: Come to the...
Post sponsored by NewzEngine.com

South Auckland communities are encouraged to head to the Māngere Markets this weekend to find out more about Auckland’s first light rail line, which is set to cut travel times from Māngere to the airport by 20 minutes.

The Auckland Light Rail project team will have a stall at the markets this Saturday 17 July, to give people a chance to share their views and find out about what the project means for them.

Auckland Light Rail Group Project Director Tommy Parker says the event is set up for people to share what they want to see.

“Our team will be on hand to listen and talk to neighbours in the community about how to get involved. This is important at this stage as light rail can transform how people move around Māngere township and other areas.”

Local Samoan artist Michel Mulipola will be creating a piece of art live on canvas to showcase what a future with light rail will look like for the Māngere community. There will also be a kids art space with spot prizes and giveaways from Mai FM.

The first stage of the light rail line covers the area between the City Centre and Māngere, connecting major employment hubs in the city and the airport at each end. This will allow people to move more freely as the city grows and cut down the time it takes to get to work or visit friends and whanau.

The open event will take place from 7am-2pm on Saturday 17 July at 34 Māngere Town Square in Māngere. It’s the first of many engagement events as well as community listening sessions and workshops which will be held over the next two months. People can also share their views online or by email with feedback open until Tuesday 31 August. 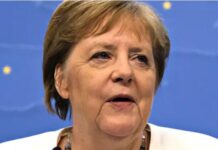