The Ministry of Health is today confirming 16 of the 18 crew of the Spanish-flagged shipping vessel the Playa Zahara have tested positive for COVID-19.

As with the Viking Bay vessel earlier this week, the public health risk from these results is considered to be low.

The swabs were taken in Port Taranaki on Tuesday after reports of a flu-like illness on board as a precursor to a scheduled crew change. Standard Infection Prevention and Control (IPC) protocol, including the appropriate use of PPE, was used throughout the crew’s testing.

After the tests were taken, the ship again departed from Port Taranaki and is now on its way to Lyttelton where the appropriate level of support can be provided.

Health authorities are working on arrangements for the crew once they arrive at Lyttelton Port. This includes whether they quarantine aboard the ship or are transferred to a quarantine facility on shore. If any confirmed cases are to be transferred, that will also be done using standard IPC protocol.

The Playa Zahara’s shipping agent and its crew are cooperating with officials to ensure the health of those aboard and the safety of the New Zealand public. 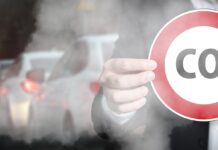