It is the latest red zone area to be transferred to the Council by Toitū Te Whenua Land Information New Zealand (LINZ) – a progressive process that began last year.

“The Crown has transferred about 440 Port Hills properties that it became responsible for following the devastating Canterbury earthquakes due to the risk to life posed by rockfall, cliff collapse and land slips,” said Damien O’Connor.

The properties were spread across the Port Hills from Whitewash Head on Scarborough Hill to Charteris Bay, including pockets in Lyttelton, Sumner, Redcliffs, Cashmere, the Avoca and Heathcote valleys and Governors Bay.

“In the past 10 years, the Crown has completed about 400 demolitions of severely earthquake-damaged properties in the area, many of which were highly complex and used innovative techniques.

“In addition, we’ve planted almost 50,000 native plants – helping to enhance biodiversity across the Port Hills – and have supported numerous projects and events.”

“It builds on last year’s transfer of areas in Brooklands, Southshore and South New Brighton, along with the historic Bill Sutton House in the Ōtākaro Avon River Corridor.”

The land transfer is part of the September 2019 Global Settlement Agreement, a contract between the Crown and Council to finalise the remaining costs and responsibilities for Christchurch’s earthquake recovery and regeneration. 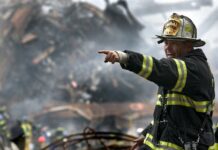 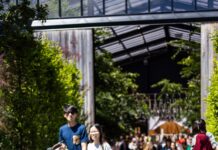