Professor David Murdoch
The University of Otago announced this morning that Professor David Murdoch will be its next Vice-Chancellor. Professor Murdoch, a distinguished academic and recognised world-leader in the prevention and treatment of infectious diseases, particularly pneumonia and other respiratory infections, is currently Dean and Head of Campus, University of Otago, Christchurch.
University of Otago Chancellor, Dr Royden Somerville QC, congratulated Professor Murdoch on his appointment and said that he was selected from a pool of outstanding candidates after an extensive global recruitment search.
“Professor Murdoch is an internationally-renowned researcher and teacher who has several global partnerships. He is a values-driven and empathetic academic leader who has a demonstrated record in developing positive organisational structures that encourage diversity and inclusiveness. He is also a strong advocate for equity, global citizenship and Te Tiriti-led partnership.
University of Otago Chancellor, Dr Royden Somerville QC
“He will be an outstanding leader who will ensure that we are well positioned to face the future and confront the challenges and opportunities of the 21st century. I know that he is committed to building the University’s future as a leading public university with a rich heritage, not only here in Aotearoa, but also internationally,” said Dr Somerville.
Last year, Professor Murdoch was the recipient of the University of Otago’s Distinguished Research Medal. The Medal is awarded for outstanding scholarly achievement, including the discovery and dissemination of new knowledge, or development of concepts that lead to significant advances in the field.
He was the Head of Pathology at the University of Otago, Christchurch during the Canterbury earthquakes, and involved in the planning of the Te Papa Hauora, the Christchurch Health Precinct, including a new building for the University campus.
Among Professor Murdoch’s other notable achievements are a leading role in a landmark Bill and Melinda Gates Foundation-funded global study of childhood pneumonia that changed the way the disease is diagnosed, treated and prevented in developing countries; and years of research that has re-written the world view on Legionnaires’ disease. He is also the co-director of the One Health Aotearoa research alliance, a diverse network of infectious disease experts working to address health hazards at the human, animal and environmental interface.
Professor Murdoch has advised the Government during the COVID-19 pandemic and was one of three international experts invited to advise the Oxford University team developing a vaccine for COVID-19. Many will know Professor Murdoch as a public communicator on COVID-19.
Professor Murdoch said that he was honoured to take on the role of Vice-Chancellor.
“I care deeply about the University. I am very much looking forward to beginning in the role next year and working with staff, students and the many groups of people who are important to me and the University’s future.”
Professor Murdoch was born in Dunedin, starting school at Ōpoho Primary before moving to Christchurch at the age of six. He graduated with a Bachelor of Medicine and Bachelor of Surgery from the University of Otago in 1985, following that with a Doctorate in Medicine at the University in 2003. He also has a Master of Science degree in Epidemiology from the University of London.
As a young doctor he worked in a very remote Nepalese hospital, which greatly influenced his future career as an infectious disease specialist and researcher.
“Not necessarily by design, I’ve ended up in senior leadership roles for my whole academic career. My first job with the University was as a Head of Department, which was an opportunity that presented itself at a relatively young age.
“I learnt very early about how enjoyable leadership roles can be in effecting positive change, and I try to actively encourage good leadership wherever I can,” said Professor Murdoch.
Professor Murdoch sees diversity and trust as important in setting a positive organisational culture at a senior level.
“For me, key aspects of leadership are trust, respect, transparent communication and establishing diversity in teams.
“The importance of diversity in teams and leadership groups is crucial to good leadership. Addressing a lack of diversity requires determination. But this often isn’t necessarily as hard as is made out. I also think that it is vital to trust people, to support them in doing their best,” said Professor Murdoch.
Professor Murdoch has been key to the country’s response to COVID-19 and sees the experience as an opportunity for increased openness and collaboration to address significant global challenges.
“The pandemic has highlighted how we need to be much better prepared for future events, including new pandemics and climate change. We need to be more open to working across disciplines to help address these wicked problems,” he said.
Professor Murdoch will commence as Vice-Chancellor early in 2022. He will move to Dunedin with his wife, Dr Lynley Cook, a public health physician. Professor Murdoch and Dr Cook met in Dunedin and were in the same medical school class. The couple have two adult daughters.
Professor Helen Nicholson will continue in the role of acting Vice-Chancellor until Professor Murdoch starts. Dr Somerville thanked Professor Nicholson for her invaluable leadership during this time.
Professor Murdoch’s career awards and distinctions:
University of Otago Distinguished Research Medal (2020)
Outstanding Leadership Award, University of Otago, Christchurch (2020)
Fellow, American Academy of Microbiology (2019)
Honorary member, Holistic Health Society – Nepal (2017), for outstanding service and contribution in the health sector of Nepal.
Fellow, Infectious Diseases Society of America (2005)
Honorary life member, Himalayan Rescue Association, Nepal (1988)
For media inquiries please contact:
Liane Topham-Kindley, ManagerMedia EngagementTel +64 3 479 9065Mobile +64 21 279 9065 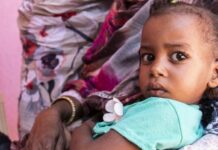 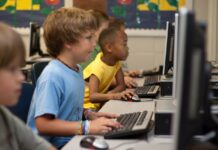