Auckland Theatre Company’s season of Things That Matter by Gary Henderson, adapted from the memoir by Dr David Galler.

For more than 30 years, Dr David Galler has worked on the frontlines of New Zealand’s health system at Middlemore Hospital and in its highest reaches as an advisor to the Ministry of Health.

His 2017 book, Things That Matter: Stories of life & death, shines a powerful light on the extraordinary patients he met and the struggles our society faces in caring for them.

Mozambique: Number of lone children fleeing conflict in Cabo Delgado jumps 40% in one month – Save the Children 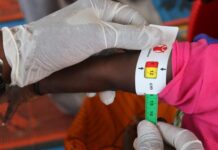