Up to 300 inshore commercial fishing vessels will be fitted with on-board cameras by 2024 as part of the Government’s commitment to protect the natural marine environment for future generations.

Minister for Oceans and Fisheries David Parker today announced the funding is now in place for the wider roll out of on-board cameras, delivering on a promise made at the 2020 election. The cost of the roll-out is expected to be $68 million over the next four years.

“An initial camera rollout for 20 vessels in the Māui dolphin habitats off the North Island took place in 2019. This wider rollout will extend to commercial fisheries around the country,” David Parker said.

“On-board cameras will provide independent, accurate information about commercial fishing activity. That will provide greater certainty and more evidence on which to base decisions about policy and regulation, scientific research, and fisheries management.”

Cameras will work together with the digital tracking and reporting already in place to provide an important layer of transparency.

“New Zealand’s marine ecosystems contain many species that are found nowhere else in the world. It’s imperative that we improve the data we gather, and more effectively measure how many fish are caught, to ensure more sustainable and environmental fisheries for future generations,” David Parker said.

Parliamentary Under-Secretary for Oceans and Fisheries Rino Tirikatene said: “Today’s announcement is all about us being good kaitiaki for our oceans, ensuring the sustainability of our kaimoana for generations to come.”

Officials are preparing proposals on the details of the roll-out, including which fishing vessels will get cameras, where and when, as well as the level of industry contribution.

“The roll-out will be staged to prioritise those vessels that pose the greatest risk to protected species such as Hector’s and Māui dolphins, black petrels and Antipodean albatross. When complete, cameras will record activity on vessels responsible for about 85 per cent of the inshore catch by volume,” David Parker said.

“I will also be implementing some important changes to the rules governing fisheries management. These changes have been previously consulted on and will help ensure we get the most value out of the new technology.

“These changes will help incentivise fishers to innovate and move to more selective fishing practices in order to catch only the fish they want, and find ways to avoid catching the smaller or economically low-value fish.”

“This announcement is part of wider work with industry leaders to improve outcomes for everyone,” David Parker said.

“For generations we’ve enjoyed great economic, cultural and recreational benefits from our fisheries. These changes will help ensure that will continue into the future.”

Worldwide, there are approximately 1500 vessels with on-board cameras, so the proposed roll-out is a significant proportion of the global number.

What else is changing?

In the past, fisheries offending has been hard to detect because it typically occurs out at sea, away from the public eye. As a result, we have strong penalties in place for when it is detected.

The introduction of cameras and digital monitoring will increase the likelihood of offences being detected, and this will require a more graduated approach.

The most serious offending will still attract the biggest penalties. However, there will be a range of offences and penalties based on the number of fish, and how often breaches occur. This will include the ability to issue infringements for low-level offences – a system that didn’t previously exist.

The current rules around discarding fish have been inconsistent and open to interpretation. In some cases they incentivised commercial fishers to catch too much, and discard at sea what they could not sell.

Tightening and simplifying the rules around landings and discards and further limiting what can be legally returned to the sea will help incentivise fishers to catch only the fish they want, and to find ways to avoid catching the smaller or economically low-value fish. 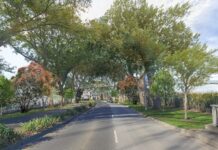 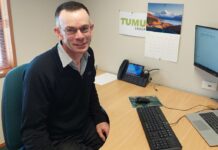 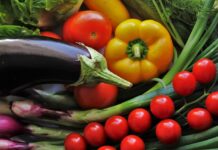