Hundreds of unaccompanied minors travelling through Italy and other countries in Europe are being abused, they are facing unprecedented violence or are illegally rejected at borders, despite them being underage, Save the Children said today.

The children move on foot, hide under trucks or on trains, or are transported by smugglers through woods and over mountains such as the Pass of Death between Italy and France, often at night. There are countless stories of unaccompanied minors and families about the atrocities they have suffered or witnessed, especially along the Balkans route: children who say that they have been robbed, beaten, forced to undress themselves, detained and subjected to violence.

The rights violations are captured in the organisation’s new report Hidden in Plain Sight, based on interviews with migrant children in Italy and organisations that support them, along the route at Italian border crossings at Oulx, Ventimiglia, Udine and Trieste. Save the Children collected the testimonies ahead of World Refugee Day.

The children’s testimonies were collected by Save the Children together with journalist Daniele Biella.

Abdel*, 18, who travelled to Europe from Pakistan, told the organisation:
“I often see the police violence in the woods of Croatia in my dreams. One time, they made us walk non-stop uphill for hours, while beating us. One policeman enjoyed it; others told him to stop but he went on. Another time they forced us to undress and threw us into a freezing river. […]  One of us was beaten on the head and died on the spot. He died and they took him and threw him into the river, we did not find his body.”

Save the Children is calling on Europe to protect the children from violence and other forms of abuse, and to provide them with safety. It also urges Italy and the European institutions to ensure effective and independent monitoring of borders, and humanitarian support for communities along the border. During the European Council of 24 and 25 June, which already has ‘migration’ on the agenda, the protection of the migrant  children’s rights should be front and centre, Save the children said.

On their way to Europe and through the Balkans, children told how they are constantly exposed to the risk of accidents, trafficking, psychological and physical abuse – also by institutions that should be there to protect them. Once in Italy, children and their families continue to be rejected at borders with France, which especially for unaccompanied children is[1] illegal.

“Every day and every night, they cross the borders of the Member States of the European Union which continues to close its eyes to the violence that migrants are forced to endure”, says Raffaela Milano, Director of Save the Children’s Europe Programmes in Italy.

In April alone, 107 unaccompanied children entered Italy via the Balkans route, and were taken in by the Italian protection system. Later that month, 24 of them left the reception facilities to travel onwards, and 24 were pushed back by the French border police.

In France, in Menton, children reported being locked up in containers – their date of birth was changed so they could be brought back to Italian Ventimiglia. In Trieste, until a few months ago, the Italian police followed a dangerous practice, with the risk of treating minors as adults so they could be pushed back to the Slovenian side.

At the end of April 2021 there were 6,633[2] registered unaccompanied foreign girls and boys in Italy alone. The overall number is likely to be much higher, as not all children are registered.

Unaccompanied minors are mostly male, but there are also girls traveling alone, especially from West African countries. They are at high risk of falling victim to trafficking and exploitation. In the absence of legal and safe routes, children and adolescents are forced to cross dangerous mountain paths at night, live in hardship, or trust the smugglers and anyone who promises them help to cross borders, Save the Children said.

“With this report in hand you can no longer say ‘we didn’t know’. European Member States can and should manage these flows of vulnerable children; not just in the name of solidarity, but also to seize the opportunity and make these children a valuable part of society. The EU must ensure that its member states adopt and implement policies aimed at ensuring the protection of unaccompanied children at the external and internal borders of Europe, including through schooling and trainings.”

Abdel* is one of many who talk about the game, as the boys call it, the cruel ‘game’ of crossings between borders. They are often rejected several times at the external borders of the European Union, or face chain rejections across multiple borders.

“Since the beginning of the migration crisis in 2015 we have supported the most vulnerable, especially unaccompanied children and minors in Greece and Serbia”, explained Dubravka Vranjanac, Emergency Response Team Leader of Save the Children for Bosnia and Herzegovina.

“But since 2018, with the deterioration of the humanitarian situation, we have also started to work in Bosnia and Herzegovina: we provide child protection, we train people and support educational activities. At the same time, we do intensive advocacy to make sure children’s needs are the priority in the emergency.”

The new report captures many stories, also of hope: the children often show strength as spokesperson for the family. They speak multiple languages, use smartphones and technology and inform themselves.

For more information on the repor, kindly reach out to: 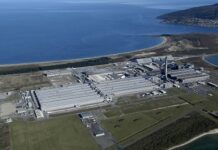