One person has died following a boating incident at the Kaituna River mouth, near Ford Road in Paengaroa today.

Emergency services were notified at about 11:45am that a small boat with two people on board had capsized.

Coast Guard, Ambulance, Fire and Emergency NZ, and Police responded to the incident.

One person made it to shore and was taken to hospital in a serious condition.

The second person was pulled from the water by rescuers and sadly died a short time later.

Police would like to thank those members of the public who offered their assistance at the scene.

Anyone who witnessed this incident and has not yet spoken to Police is asked to please get in touch by phoning 105 and quoting event number P046830672. 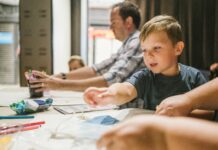 Matariki at the Maritime Museum