Early Polynesians are likely to have arrived in the southern Pacific from a range of routes through island South East Asia, mixing and mingling along the way, according to ground-breaking new research.

The University of Auckland study analysed 193 Neolithic period (10,000 to 4,500 BCE) carbon-dates on ceramics from 20 archaeological sites in island South East Asia and concluded that there was an extraordinary mixing of populations as people moved further south into the Pacific, rather than via two distinct routes that unfolded step by step.

This challenges established theories which suggest that either Polynesian migrants set out from Taiwan and moved into Island Southeast Asia before venturing further south (the ‘Out of Taiwan’ hypothesis) or that that these earliest farming and pottery-using populations came from mainland Southeast Asia in the west, before going further south (‘Western Route Migration’ hypothesis).

These hypotheses are also linked to the competing explanations of the Austronesian expansion, one of the most significant populations dispersals in the ancient world that influenced human and environmental diversity from Madagascar to Easter Island and Hawai‘i to Aotearoa New Zealand.

Study lead, archaeologist Associate Professor Ethan Cochrane, says their research suggests this time period in fact involved the most “mixing, matching and moving” of people around the region in entire human pre-history and no clear linear routes south emerge.

“It seems that Island Southeast Asia was a huge mixing pot of people and rather than two clear routes, either from the north, or the west, and then down into the southern Pacific,” he says.

“Our data supports the idea that people moved in all directions at a range of times, as there are pieces of this earliest pottery from exactly the same era deposited in both western Borneo and the northern Philippines, for example, which couldn’t be the case if the existing theories are correct.”

Dr Cochrane says the team’s results are the most accurate chronological calculations based on currently available data, but admits that in general, the carbon dating of pottery from Island Southeast Asia is not as precise as it could be.

However he believes it’s clear from the existing data, which has never been analysed in this way before, that the origin of these Polynesian people, the early ancestors of Māori and other Pacific island nations, is “a much more complex story of the mingling of people, languages and cultures”.

“As we generate more accurate and precise dates, we can begin to explore the implications of this new way of thinking about early human movement around the Earth, which has shaped continuous variation in past populations and might also change how contemporary Polynesian people think about their own origins.” 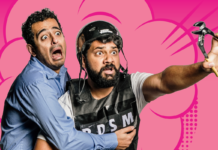 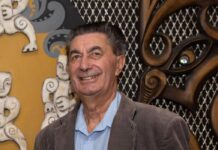 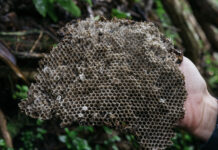