The interim Financial Statements of the Government of New Zealand for the ten months ended 30 April 2021 (the financial statements) were released by the Treasury today.

The core Crown tax revenue result reflects the strength of current economic conditions which exceed the 2021 Budget Economic and Fiscal Update (BEFU 2021) forecast. The economic cost of the COVID-19 pandemic is still visible, with an operating balance before gains and losses (OBEGAL) deficit of $5.0 billion and continued higher levels of net core Crown debt of $107.5 billion (33.9% of GDP).

These positive variances reflect economic conditions being better than forecast. Corporate tax was above forecast primarily owing to higher investment income and consequently higher PIE tax. Other direct taxes were above forecast as a result of stronger resident withholding tax on dividends. In addition, labour market conditions were better than forecast which has driven the positive variance in source deductions and consumption was also stronger, leading to GST revenue being higher compared to forecast.

The OBEGAL deficit of $5.0 billion, was $3.6 billion lower than the forecast deficit of $8.6 billion. The majority of this variance is driven by the $2.7 billion favourable core Crown variance, being the core Crown tax revenue variance mentioned above, as well as core Crown expenses which were lower than forecast by $0.7 billion. The remaining difference is caused by favourable variances from both Crown entity and SOE results. When total gains and losses are added to the OBEGAL result, the operating balance was a $12.1 billion surplus, $5.4 billion better than the forecast $6.7 billion surplus. The favourable gains and losses largely related to:

Higher investment returns than forecast for both NZSF and ACC were the key drivers of a positive variance in net gains on financial instruments of $3.3 billion.
Offsetting this, ACC’s outstanding claims liability valuation gain was $1.7 billion lower than forecast, being a valuation gain of $7.7 billion. This variance was mostly a result of changes to the discount rates and CPI assumptions used to revalue this liability at 30 April 2021, since the BEFU 2021 forecast.

The core Crown residual cash deficit of $19.2 billion was $2.7 billion smaller than the deficit forecast. This was owing to tax receipts being $2.3 billion higher than expected, while operating costs and capital payment outflows were each $0.2 billion lower than forecast.

Net worth attributable to the Crown at $122.9 billion was $5.4 billion higher than forecast. This variance was owing to the favourable operating balance variance of $5.4 billion. 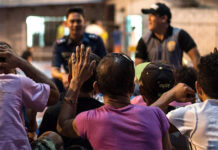