The netball season has opened on rubberised courts at Papakura’s Bruce Pulman Park.

A dress parade to launch the season saw a crowd of players, coaches and supporters watch Bruce Pulman open the courts and shoot the first goal – at his first attempt.

“I’m grateful Auckland Council, the local board and other funding partners joined with Papakura Netball and the Bruce Pulman Trust to make this happen.

“Papakura Netball’s Noeline Hodgins, Briar Martindale, Anita Coy-Macken and others drove the project for the players and volunteers who make netball such a success in Papakura.”

He praised the $250,000 in funding provided by the board alongside $900,000 from the council’s Sport and Recreation Facilities Investment Fund.

“But it would still have been impossible without the Trilliian, Grassroots, MCCFC, Wiri Licensing and Bruce Pulman Park trusts, the NZ Lottery Grants Board and the Four Winds and Trusts Community foundations.

“Papakura Local Board committed a significant sum and it’s important to realise that every time it does something like that, someone else has to wait for support.”

Board chair Brent Catchpole says Bruce Pulman is one of the city’s finest sporting parks.

“This is a magnificent facility, not only for netball but for many others sports and for simple leisure activities, largely due to the vision of one man.

“Bruce Pulman, and the trust that supports his vision, work tirelessly to provide and improve an asset that has been central to the community for years, and will be well into the future.”

The new surface follows rubberisation in Manurewa, made possible by funding unlocked by now Manurewa-Papakura Councillor Angela Dalton as chair of Manurewa Local Board.

She says both netball centres are great community assets. “Manurewa Netball also has fantastic courts, and when you see the numbers of young women and girls turning out to play you begin to understand how important a community role netball plays.

“It’s particularly pleasing that this is a massive investment in women’s sport, and we should celebrate that, because sport is part of who we all are.” 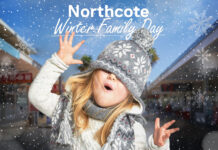 Asian Agri Committed to Preventing Forest and Land Fires in...