Federated Farmers is deeply disappointed the government’s exception announcement today shows it could not find a way to bring 500 desperately needed skilled dairy employees into the country.
Feds believes the pressure some farming families are now under, due to a severe lack of people to work on farms, is already taking a toll on stress levels, wellbeing and health.
“Farmers have been telling us for well over a year there is a real shortage of suitable dairy staff,” Federated Farmers employment and immigration spokesperson Chris Lewis says.
“I am getting daily calls about the labour situation and many farmers don’t know what to do for the coming season.
“I’m a farmer, not a social worker and I don’t know what to tell these people. As every dairy farmer knows the cows will always get milked, the question is, at what cost?”
There are 1250 jobs advertised on the Farm Source website today, 100 more than in March.
“And while the unemployment rate continues to fall, it’s obvious to see where the pressure is going on in small rural communities.”
A just completed workforce by DairyNZ and Federated Farmers showed 49% of respondents were short-staffed and needed to employ more people. Of these, almost half have been trying to fill a vacancy for more than three months and 24% had had the vacancy open for more than six months.
“We tried to highlight the extent of the problem to government in our border exception application.
“Now to have the application turned down in its entirety is really disheartening for our farmers. We hoped that MPI and Immigration would have seen the impact that a shortage of people has had during harvest for our horticulture colleagues and try and avoid the same problems through the peak dairy calving period,” Chris says.
Despite the disappointment over the dairy workers, Feds is pleased to see some shearers and agricultural contractors have been approved to enter the country for their peak demand period. 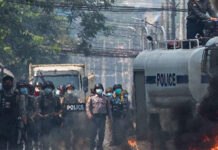 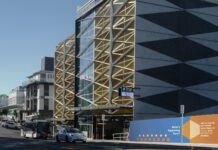