“As President Biden has said before, the international community responds to the power of our example, not just the example of our power. Today’s announcement of a new US target for the Paris Agreement leverages that principle. By setting a target in line with the science, President Biden has re-established the US as a leader in global climate ambition. The new target creates momentum, alongside this week’s Leaders Climate Summit, for other nations to make similar commitments heading into the Glasgow COP later this year. And it aligns with what a growing chorus of voices from the private sector and across society have called for – making clear that the president has broad support across sectors for this new goal. We look forward to working with the Biden Administration, business leaders, cities, states, and other entities to help deliver the results needed to achieve this new target by 2030.” 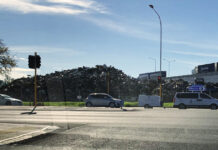