A Colmar Brunton survey of more than 4000 Aucklanders has found 46 per cent support for Auckland Council’s proposed 10-year Budget, with 37 per cent of respondents opposed. Six per cent supported the ‘Other’ option, while 11 per cent said they didn’t know.

The Colmar Brunton survey was carried out as part of the council’s consultation on its 10-year Budget. It asked whether Aucklanders supported the overall budget, and also asked whether they supported increased investment in climate change.

The council’s own consultation asked these questions as well as a range of questions on other topics.

Auckland Mayor Phil Goff says he is pleased with the result.

“Ask the residents of any city whether they support a rates increase and the default answer would generally be no,” he says.

“What the Colmar Brunton survey shows is that Aucklanders understand the need for the city to invest in its future and they don’t want to see in Auckland the major failures in areas like water infrastructure that have occurred recently in other New Zealand cities.

“I believe people also understand that – even in the face of the up to $1 billion loss of income caused to the council by COVID-19 – we need to increase expenditure on infrastructure so that we can continue to deliver critical transport services, as well as the services needed for new housing development and for sustaining our environment.”

“The strength of the Colmar Brunton survey is that it is carried out independently and reflects a demographically representative outcome from a cross-section of Aucklanders,” Mayor Goff says.

“It’s the best indicator of what Aucklanders want for their city—it reflects the views of the wider community, not just the loudest voices.

“And what the wider community wants is to invest in the critical housing, water, transport and environmental infrastructure our city needs for today and for future generations.”

Finance and Performance Committee Chair Councillor Desley Simpson says she is pleased to see support for the extension and increase of the Water Quality Targeted Rate in the council’s consultation.

“Feedback from the community in the council’s consultation showed that the increase and extension was the most preferred option in 20 of 21 local board areas, indicating the importance that Aucklanders place on water quality,” she says.

“The targeted rate has already enabled significant investment in improving Auckland’s water quality, but with many beaches continuing to be affected by wastewater overflows in both dry and wet weather conditions, and many with health warning signage, it is clear there is a lot more work to be done.

“Aucklanders’ support for the extension and increase to the targeted rate means we will be able to fast track two major water improvement projects from Parnell to Glendowie as well as the Manukau Harbour six years earlier than planned, and deliver more water quality investment throughout the entire region.” 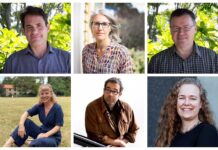