“We are very grateful to our kaitiaki and iwi partners for their guidance and leadership since the discovery of these taonga and throughout the archaeological investigations,” Mr Dalzell says.

“It’s been an exciting few weeks for our team as we’ve learned more about the significance of what we found. This is an incredible discovery and will forever be part of the story of Te Ahu a Turanga.”

Kaitiaki Coordinator Terry Hapi says the moa bones are precious taonga and it was important that the correct tikanga was adhered to throughout the archaeological investigations and relocation.

“We have been closely monitoring and assisting in the investigations, and now we will work with the team to decide on the appropriate long-term repatriation plan for these taonga,” Mr Hapi says.

Following the initial discovery on 9 March, further moa bones were unearthed including a sternum and ribs.

“This discovery offers a rare window into what life and the environment of this area was like in the distant past. It’s exciting to be able to share what we’ve learned so far,” project site archaeologist Patrick Harsveldt says.

“During the excavation work, the exposed moa bones were investigated to find evidence of human activity, however no evidence of butchery marks was found on the bones, which suggests that the birds may have died of natural causes.”

Investigations will progress to find out more about the moa bones, including species, sex and age.

The bones will remain at Te Manawa (not on display) for at least the next three months, while investigations continue and plans are developed for long-term repatriation.

Meanwhile, construction has continued at Te Ahu a Turanga. The moa bones discovery has not impacted on project timelines.

Arts – Fun and friction played out in Mother-Daughter portraiture –... 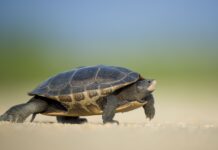