Police investigating a disorder in central Queenstown last night are seeking anyone who may have seen what happened to come forward.

Around 9:15pm, Police have attended an incident at The World Bar on Church Street.

Two people ended up in hospital – one with head injuries, the other with facial injuries.

There were a number of people around who may have witnessed what happened, and captured footage on video or camera.

To assist with ongoing inquiries, Police would urge anyone with footage to please email it to psz084@police.govt.nz 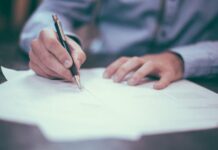