Source: Unite Union, Mike Treen
Today at 10 am the lawyer representing nine Chinese construction workers, the Honorable Matthew Robson, will attempt to visit them at Mt Eden Prison.
For the last two days he has submitted repeated requests for the right to visit and been ignored by Correction New Zealand.
On 23 March 10 migrant workers were arrested at various building sites in West Auckland.
Unite Union decided it wanted to see if it could offer some assistance to these workers because we had some knowledge of the widespread exploitation that exists in this industry.
It took several days before we could even find out where they were. I read a media report of the arrests and went to the Auckland Police Station on Friday. The office staff could not tell me if any were held there because it was an Immigratin issue. I rang the Minister of Immigration’s office at 1 pm and went to answerphone.
I left an urgent message which wasn’t responded to.  The answerphone message gave a number for urgent matters. I rang that number but couldn’t get through because it wouldn’t accept calls from a mobile phone!
I kept ringing various people with connections and eventually got a call after 5pm from someone at Immigragtion NZ who said they were being held at Mt Eden Prison and Corrections NZ needed to approve a visit. All I could get from him was that he would not object to a visit if I requested it.
Now I had to try and get hold of someone in Corrections NZ to get a visit over the weekend. Eventually we did so and got to visit 9 detainees on Sunday for two hours.
What we discovered was that the workers were not even questioned about if or how they were being exploited by employers in New Zealand or human trafficking agents in China. We discovered they had no chance to get legal representation. We discover that for at least five days they were denied the right to call their families.
While we were there and had made clear that we were now the legal representatives for the workers the police turned up at the prison to take one of the workers we were interviewing to the airport for deportation.
We tried to object and argue but it was made clear to us that the police would take this person. However, the Chinese Consulate told MBIE that the prisoners needed to be held in isolation for two weeks
Only two-weeks ago Unite Union Advocate Mike Treen attended a two-day conference at parliament sponsored by the Ministry of Business, Innovation and Employment (MBIE) headed “Take the next step: Collaborating together to end modern day slavery and worker exploitation within Aotearoa New Zealand” where the two government Ministers responsible Kris Faafoi, Minister Immigration and  Michael Wood, Minister for Workplace Relations and Safety, had pledged to stamp out these forms of exploitation.
Again and again it was explained at the conference that the visa the worker was on was not important. What was important was if the workers were receiving the minimum legal entitlements in New Zealand and if they had been subjected to making any form of payment to get the job.
We were also told that the government would make it easier for workers subject to exploitation to complain and not be victimised if they do, including being given visas whilst investigations were happening.
This is what is on the BIE website:
Information for migrants
Some employers know that migrant workers can be afraid to report exploitation at work, especially if they are:
Some employers use this fear to take away your rights. This is wrong. The New Zealand Government wants to stop employers from exploiting migrants. We want you to report any exploitation at work.

If you report exploitation, you may be able to stay in New Zealand while we investigate and prosecute your employer. We may let you complete your visit. This can happen even if you have been working without the right visa.

These principles should apply whether the workers came to MBIE for help or were discovered through the MBIE’s own investigation process like these workers seem to have been.
All nine of these workers paid an average of $20,000 to get their visas. That constitutes human trafficking. But MBIE, the ministry repsonsible for stamping out human trafficking does’t seem interested.
The reason for this is that MBIE is also the ministry responsible for promoting immigration to New Zealand and creating the problem in the first place. Pre-Covid, Immigration New Zealand was issuing a quarter of a million temporary work visas a year and entire industries, like construction, had become dependent on migrant labour.
Visas were often tied to employers. The subcontracting system that operates in these industries also means that minimum legal entitlements are ignored. Cash jobs without written agreements or tax paid become the norm.
The construction industry is also dominated by a subcontracting system that ensures that the head contractor gets the lowest price possible and workers have no protections from a union.
Almost no employer has ever been prosecuted for employing workers on the wrong visa or breaching minimum legal entitlements.
Immigration NZ (a department of MBIE) issued some of these workers 5-year multiple entry visas just two days after they applied. Does that not seem suspicious? Why isn’t MBIE interested in investigating how that was able to happen? Is there corruption within their own department?
New Zealand needs a government agency that is dedicated to protecting workers and prosecuting bosses rather than MBIE which protects bosses and prosecutes workers.
Anyone in New Zealand needs to be able to access legal help.
The Bill of Rights applies to everyone. 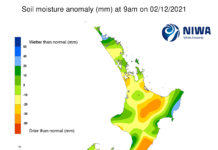 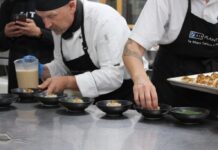 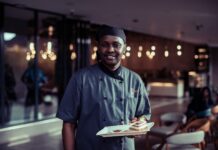