Hatchling with eggshell behind (credit: Alison Cree).
A rare sighting of five new hatchling tuatara emerging at Orokonui Ecosantuary has been caught on camera by University of Otago researchers who were undertaking a routine inspection of the nest at the time.
The first indication that hatching was underway was detected by Zoology research assistant Jade Christiansen, who was carefully excavating the gravel to retrieve a small piece of temperature recording equipment.
“I heard a small squeak, and suddenly a tiny hatchling about nine centimetres long scrambled out of the gravel,” Jade says.
“It was definitely a surprise but the best kind of surprise that we could have hoped for.”
One after another, with some even wriggling from their eggshells, five hatchling tuatara emerged from the nest over a period of approximately an hour.
“It was a wonderful surprise to witness evidence of new tuatara life at the ecosanctuary,” says Department of Zoology Professor Alison Cree who leads the research group and was with Jade at the time of hatching.
This is Jade’s second experience with tuatara hatchlings, following her sighting last year of Orokonui Ecosanctuary’s first known hatchlings while working on a Te Ngaru Paewhenua: Māori and Pacific Science Summer Studentship at the University.
However Professor Cree explains this is the first time that the hatching event itself has been observed at the sanctuary.
“In fact, it’s very rare to see this happening anywhere in the wild,” Professor Cree says.
“Although hatching has been observed and filmed in captivity when eggs are placed in incubators in special media, it’s much more cryptic in the natural environment. It’s hard to know where the nests are in the ground, as well as when they will hatch.”
Tuatara were first released at Orokonui Ecosanctuary in late 2012 with the support of kaitiaki iwi Ngāti Koata from Nelson and mana whenua Kāti Huirapa Rūnaka ki Puketeraki from Karitane.

Orokonui Ecosanctuary Conservation manager Elton Smith says finding these new tuatara hatchlings is incredibly exciting for the ecosanctuary team.
“Knowing that the ecosanctuary is now home to five new tuatara is a just reward for all the hard work we put into keeping our sanctuary and its wildlife safe,” Mr Smith says.
Tuatara are unusual, lizard-like reptiles unique to Aotearoa New Zealand and widely regarded as a taonga (treasured species). Orokonui is notable in being the southernmost wild population, and the only known wild population on Te Waipounamu South Island. About a 100 tuatara have been released in total, with monitoring happening on a regular basis.
Soil temperature is known to have a large influence on the time of hatching, as well as on the sex of offspring. Females attend the nests for at most a week or two after laying, then leave their clutch of up to 18 eggs buried from view in the soil.
Many egg-laying reptiles hatch in a warm and restricted part of the year, however tuatara seem more flexible. On Takapourewa (Stephens Island), the best studied population, hatching from different nests is possible over a period of several months from spring until autumn.
Incubation times range from about a year upwards, and researchers think this flexibility could have assisted the species’ survival during past glaciations when conditions in the South Island were several degrees colder.
The five new hatchlings at Orokonui were carefully released under the protection of small sheets of roofing material, and for some years will probably remain well concealed to avoid desiccation or being eaten by larger creatures.
Researchers do not expect to see the new hatchlings again for a decade or more, by which time they may be approaching adult size.
For more information, contact:
Professor Alison CreeDepartment of ZoologyUniversity of OtagoEmail alison.cree@otago.ac.nz
Mr Elton SmithConservation ManagerOrokonui EcosanctuaryMob +64 27 333 7675
Guy FrederickCommunications Adviser – SciencesDivision of External EngagementTel +64 3 479 7688Mob +64 21 279 7688Email guy.frederick@otago.ac.nz 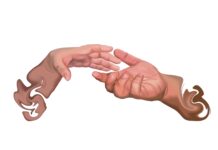