Police can confirm a man has died following a two car crash in Manakau, Horowhenua.

Police were notified of the crash at the intersection of State Highway One and Kuku Beach Road at around 1:28pm.

Prior to the crash, Police had signalled for a vehicle to stop.

The driver of the vehicle did stop and an officer approached the vehicle to speak to him.

It is then, the driver has driven off from the officer and continued driving at speed south along State Highway One.

Police did not pursue the vehicle, but a short time later came across the scene of the crash.

The driver of the vehicle Police stopped has died at the scene.

The driver of the other vehicle appears uninjured but has been transported by ambulance to hospital for observations.

The road is currently closed while our staff examine the scene. As soon as possible one lane will be opened to allow traffic to pass and once the scene is cleared both lanes will be reopened. 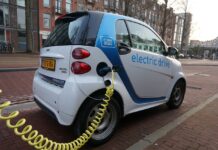