15 MARCH 2021FOR IMMEDIATE RELEASEGreater Wellington Regional Council should seek advice from the Auditor-General as the council’s Chairman applies for the ChiefExecutive position, says the New Zealand Taxpayers’ Union. Union spokesman Louis Houlbrooke says, “It’s difficult to see how councillors can decide whether to appoint Mr Ponter without suffering a conflict of interest. They all work closely with the guy, and being politicians, they’ll have pre-formed views of his leadership ability. There is an obvious risk that loyalties and grudges formed across the council table will come into play, when the focus should be on a clear-eyed evaluation of Mr Ponter’s ability to deliver value for ratepayers.” The Office of the Auditor-General has previously issued advice on processes for appointing council chief executives. The Office warns that “conflict and division” can be caused when “some elected members may see the successful candidate as being politically aligned with a particular faction within the council”. The Office suggests this can be remedied with external assistance from a consultant or adviser, which can “add an important perception of independence and impartiality – helping to avoid suggestions that factions within the council have unduly influenced the recruitment process”. “It’s not often that the Taxpayers’ Union would support bringing in consultants, but in this unusual situation it might be the safest option. In fact, the Local Government Minister could even give an adviser commissioner status to take the decision out of councillors’ hands.” “It’s easy to see why Mr Ponter would want the job: not only would he get a pay bump of about $270,000, he would also be secure in a five-year contract. If councillors make a biased decision, Wellington ratepayers will be billed for the consequences for half a decade or more.” 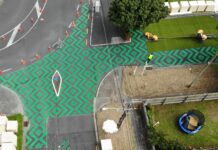 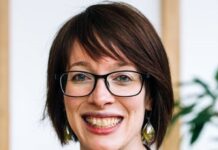