Home 24-7 Business Sector – Get Auckland back to Alert Level 1 to take...
Post sponsored by NewzEngine.com

EMA Chief Executive Brett O’Riley is urging the Government to immediately return Auckland to Alert Level 1 after its cabinet meeting tomorrow rather than wait until 6am Sunday.
“It will be one of the biggest weekends of the year with the 36th America’s Cup in the city centre and on the Hauraki Gulf, and many struggling businesses would welcome the opportunity of a bumper downtown weekend,” he says.
“Hospitality and retail businesses in particular have been waiting to realise the economic benefits of the America’s Cup since the first hit they took at Alert Level 4 this time last year.”
“With the recent Alert Level 3 and Alert Level 2 status of Auckland they just haven’t had the chance to do that, and there may not be another opportunity after this weekend,” says Mr O’Riley.
He optimistically says that Team New Zealand could have won seven races of the 13-race series by the end of Sunday’s racing meaning this will be the only weekend for Auckland to draw the big crowds.
“This COVID-19 community outbreak appears to be under control and if that’s the case businesses desperately need to get back to business as usual – being open at maximum capacity on Saturday and Sunday or even from Friday night would be a massive boost.”
Mr O’Riley says that as expected EMA members are seeing the scale of the problems they face come to a head towards the end of the first quarter of this year.
“As health indicators allow I urge the Government to return Auckland to Alert Level 1 as early as possible tomorrow, Friday, March 12, so businesses can share in the positive economic impact of the America’s Cup.”
About the EMA:
The EMA is New Zealand’s largest business service organisation dedicated to helping people and businesses grow. It offers advice, learning, advocacy and support for more than 7,400 businesses as members of the EMA, ExportNZ and The EMA’s Manufacturers Network. The EMA is part of the BusinessNZ network and its territory spans the upper North Island. The EMA also offers many of its services nationally to member businesses, and through its partners. 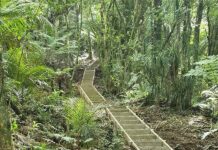 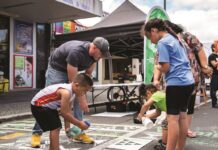