On Saturday 27 February Jamaine Wharton attended a 21st birthday party at the Waiohau Rugby Clubrooms where he was assaulted and later stabbed.

The 31-year-old was taken to the Whakatane Hospital in the early hours of Sunday morning where he tragically died.

Police have arrested two men aged 25 and 20 and a 16-year-old youth for assaulting Jamaine at the party.

They have been charged with assault with intent to injure and will all appear in the Whakatane Youth Court today, Friday 5 March.

Police have also arrested a 42-year-old woman for inciting the assault. She is also due to appear in Youth Court today.

While we are yet to charge anyone with Jamaine’s murder, the investigation team, including detectives from the wider Bay of Plenty district is focused on piecing together the exact movements and actions of those involved in his death.

They know exactly who they are and we’re committed to holding them to account for Jamaine and his family and friends.

We would like to thank those people who have come forward with crucial information. 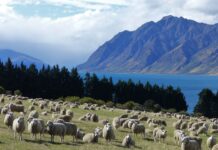