New Zealand has the highest rate of homelessness in the developed world — and this could be the only way to fix this shocking crisis.

There’s little question that New Zealand’s record in housing its people is abysmal. Recent statistics suggest the country has by far the worst homelessness problem in the OECD, with around 1 in 100 Kiwis homeless.

Most areas of the country have ‘severely unaffordable’ homes, according to recent Demographia surveys. And home ownership rates have dropped significantly, suggesting more and more New Zealanders are stuck renting.

Analysis by Wealth Morning suggests that capital-gains taxes or further restraints on landlords may only serve to increase prices and rents.

Of course, the logical option is to boost supply. But Wealth Morning claims that the process for doing so has been incorrectly focused.

KiwiBuild is one such example. People don’t necessarily want to buy a government-branded home. And even if they did, there appear to be constraints on building and land availability.

‘Most people start renting,’ says Simon. ‘Affordable rental housing is probably the key. And that will take a major, coordinated building effort to unlock the market. Only the government can traverse the multifaceted challenges of labour supply, land availability, infrastructure, regulation, and tax.’

The Wealth Morning petition is asking the government to consider a Vonovia-type model. Vonovia is one of the largest providers of housing in Europe, with more than 400,000 medium-density rental units. It is listed on the stock exchange and has provided growth and dividend income to investors over the past 7 years.

Simon notes that New Zealand has already proven a shared-ownership model with the listing of the power companies several years ago on the New Zealand Stock Exchange. These companies are now significantly larger than they were before.

Wealth Morning is calling on the government to review homebuilding policy. And consider spearheading a more commercially-focused state-owned building business that could be part-floated soon.

‘Once you have many more quality rental dwellings,’ Simon says, ‘rents will start to come down. People will have more choices. And many marginal landlords may quit properties and return them to the market, helping with the affordability issue.’ Simon also notes that housing charities have achieved success through a rent-to-buy type strategy. ‘Once people have affordable rents, they can save deposits. And they can potentially move from renters to owners.’

The Wealth Morning petition details the opportunity and the process. In particular, it is unique in that it could offer win-win benefits for both home affordability and investment opportunity.

Wealth Morning is an independent publisher of strategic financial research, with subscribers around the world. Their goal? To uncover intriguing opportunities lying beyond the radar. 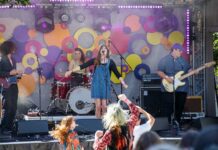