“Our thoughts are with Lady Veronica Somare and family, Prime Minister James Marape and the people of Papua New Guinea during this time of great sadness,” said Jacinda Ardern.

“Sir Michael Somare was an influential figure in leading Papua New Guinea to independence in 1975, when he became the country’s first Prime Minister.

M1 Spearheads the ‘Be’ Campaign, Redefining the New Normal in Singapore... 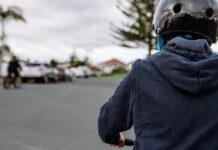