New Zealand’s aviation regulator, the Civil Aviation Authority (CAA) is closely aligned with regional and global aviation authorities in supporting the move to allow Boeing’s 737 Max aircraft to return to the skies.

CAA’s Deputy Chief Executive Aviation Safety, Dean Winter says a recent meeting between the directors of the three organisations agreed that the airworthiness directives issued by the United States Federal Aviation Administration (FAA), Transport Canada and the European Aviation Safety Authority provided a rigorous process and assurance that the aircraft can be operated safely.

“We have been very prudent in our assessment of all the work undertaken by Boeing and global regulators and we are satisfied that the required safety standards have been met,” said Mr Winter.

A series of technical changes to the aircraft and additional crew training is required before the aircraft can fly.  Civil Aviation Authority of New Zealand has been in regular contact with the FAA during the period of the grounding and has closely monitored 737 Max activity through its return to commercial service in the USA, Canada and South America.

New Zealand has no 737 Max aircraft currently on its register and only one operator, Fiji Airways, who plans to operate the aircraft into New Zealand.

“A timescale has not yet been decided by Fiji Airways as COVID-19 continues to restrict international flights. CAA staff are working closely with the airline to ensure that all safety measures in the Airworthiness Directives have been completed before the aircraft is permitted into New Zealand airspace,” Mr Winter said.

The CAA will not issue a blanket approval for the Boeing 737 Max to fly into New Zealand but will work with any future operators on a case-by-case basis to clear flight operations into NZ. 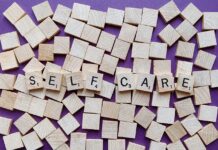