This Friday from 5-7pm, Whanganui Animal Save and the Greyhound Protection League (GPLNZ) are holding a protest at the entrance of Hatrick Stadium. Five dogs were killed in five races at Hatrick Stadium between 18 December and 11 January.

“Injuries and deaths are common at Hatrick Stadium. Racing is inherently dangerous.” said Kyle. “It’s no way to treat a dog that deserves a warm home and a loving family.”

Whanganui Animal Save were prompted to organise the protest after seeing SAFE and the GPLNZ’s campaign to end greyhound racing. GPLNZ launched a petition to ban greyhound racing. The campaign has gained international attention with the support of GREY2K USA Worldwide.

SAFE spokesperson Will Appelbe said, “We’re delighted that the people of Whanganui are getting behind this campaign. The racing industry causes death and injuries to hundreds of dogs a year. The social harm from gambling affects all of our communities.”

The protest will be held on 19 February at the entrance of Hatrick Stadium, 216 Guyton Street, Whanganui at 5pm, through to 7pm.

– The Greyhound Protection League of New Zealand is running a petition which asks Parliament to pass legislation to ban greyhound racing and to require all dogs that have been bred for racing be rehomed and rehabilitated.

– Photos of dogs rescued by the Greyhound Protection League.

– Greyhound racing is legal in only seven countries. A ban in the Australian Capital Territory came into force in April 2018, followed by a ban in Florida, USA, in November 2018. Since Florida is home to 11 of the USA’s 17 active dog tracks, this is a signal that greyhound racing is about to become a thing of the past in the United States.

– The Greyhound Racing New Zealand 2020 Annual Report shows that 34 dogs were killed on racetracks due to critical injuries sustained during racing. A further 165 dogs were euthanised for reasons the industry will not even disclose.

-In addition to seeking a ban on commercial greyhound racing, SAFE is urging the Minister for Racing, Grant Robertson, to enforce immediate quarterly independent animal welfare audits of commercial greyhound racing in New Zealand. Further, SAFE is calling on the Ministry for Primary Industries to stop racing at Whanganui and carry out an investigation into the huge number of deaths and injuries at this track. 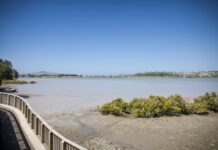 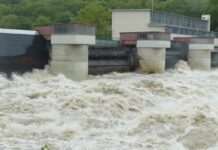 NZ soon to see shift from fossil fuels to renewables