Home 24-7 Fire Safety – Change of fire seasons for the Wairarapa and Tararua...
Post sponsored by NewzEngine.com

Fire and Emergency New Zealand has moved the Wairarapa into a prohibited fire season effective from 8am today (Tuesday 9 February 2021)
This means there is now a total ban on all outdoor fires in the Wairarapa, and all previously granted permits are cancelled.
The Tararua District will move to a restricted fire season at 8am on Friday morning (12 February).
From Friday, a permit will be required to light an outdoor fire in the Tararua District.
Principal Rural Fire Officer Phill Wishnowsky says recent hot weather means the Wairarapa is now very dry.
“The fire risk across the Wairarapa has increased rapidly over the last few weeks,” he says.
This is highlighted by a large vegetation fire currently burning near Cape Palliser.
As at 2pm today (9 February), the fire was 90% contained.
“We have several crews working to contain the last 10% of the fire, as well as working to protect important conservation land in the vicinity,” Mr Wishnowsky says.
“This fire is a prime example of how fast a fire can spread and how dangerous it can be in the current conditions.”
“The more aware of the risk of fire our communities are, the less likely we are to have to deal with large fires like what we have at Cape Palliser.”
Mr Wishnowsky says as well as there being a ban on open-fires, people thinking of undertaking spark-generating activities such as grinding and welding should consider the conditions and fire danger before starting.
If you’re unsure if you need a permit in your area or if it is safe to undertake spark-generating activity, go to www.checkitsalright.nz to check the local fire danger and fire season status.” 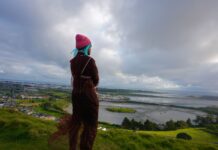 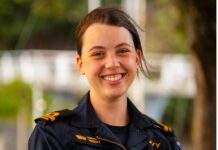