On Parliament’s first sitting day of the year, Greenpeace has today delivered a petition with the names of 33,000 New Zealanders calling for the Government to phase out synthetic nitrogen fertiliser.
Greenpeace has been calling for the Government to phase out synthetic nitrogen fertiliser, one of the key drivers of industrial dairying, for over two years.
“Synthetic nitrogen fertiliser is a river pollutant, a health hazard in our drinking water, a potent greenhouse gas emitter and it’s fuelling the bloated dairy industry – New Zealand’s biggest climate polluter,” says Greenpeace senior campaigner, Steve Abel.
Synthetic nitrogen fertiliser use has increased 627% since 1990. When applied to land, the chemical emits more greenhouse gases than our entire domestic aviation industry.
In March 2020, the Government announced a cap on synthetic nitrogen fertiliser – the first major control on agricultural inputs.
But Abel says the cap doesn’t go far enough to protect rivers, the climate or human health. It also does not cover nitrogen pollution from other sources.
An RNZ report today revealed that Fonterra is dumping vast amounts of nitrogen pollution onto land in the Waikato – pollution which is far in excess of the 190 kg synthetic nitrogen per hectare per year cap that applies to synthetic fertiliser.
“As it stands, the cap is set enormously high, and will still see tonnes of nitrates getting into our rivers and drinking water. High nitrate levels in drinking water have been linked to increased rates of bowel cancer,” says Abel.
“It’s symbolic of a succession of Governments that have been too afraid to properly regulate the dairy industry, and that’s what we’re seeing when companies like Fonterra feel they have free license to pollute our land and water. We need to control this dangerous pollutant, through phasing out synthetic nitrogen fertiliser and regulating nitrate pollution from industry.”
The action follows hot on the heels of the release of the Climate Commission’s draft recommendations for how New Zealand can tackle the climate crisis. Greenpeace critiqued the report for not going far enough to tackle agricultural emissions, and is calling for a bigger reduction in herd numbers.
Abel says cutting synthetic nitrogen fertiliser, which is used to rapidly grow grass and enables more cows to be kept than the land could naturally support, is essential to reducing herd numbers.
“Many people don’t realise that even if we entirely stopped using fossil fuels tomorrow, emissions from our food system would still put us on track for over 1.5 degrees of warming since 1990. That’s largely due to the way we’re growing food,” Abel says. (1)
“Drenching the land in chemicals like synthetic nitrogen fertiliser and cramming cows onto it is not going to be part of the climate solution.
“Everyone deserves fresh, healthy food grown in a way that’s good for our climate, rivers and communities. Phasing out synthetic nitrogen fertiliser is a vital step in shifting our farming system to one that works with nature, not against it.” 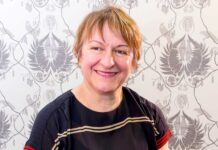 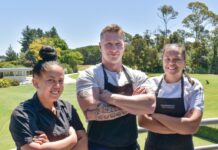