An 82-year-old composer will cap off a career of making and sharing music by graduating with a rare postgraduate degree from the University of Canterbury (UC).

John Emeleus has dedicated decades of his life to teaching, composing, and conducting and next Friday he will notch up another career highlight.

He’ll receive a Doctor of Music (MusD) at the Christchurch Town Hall to add to his Master of Music degree (with Distinction) gained from UC in 1993. The MusD is recognition of a body of work built up over time by an experienced musician with a long-standing connection to the university.

Mr Emeleus’ wife Janet and some friends will be at the ceremony to cheer him on and he is quietly proud of the achievement. “It’s very nice to have it. For me it felt like unfinished business after completing a Master’s, and I decided now was the time to do it.

“I’ve had to work hard for this one; I had to submit about 10 original compositions and a CV to three external examiners, one of whom is overseas.”

During his long career he has composed work that has been published and performed here and in Australia, Britain and the United States.

“Music is a great gift, so if you can share it with other people then why not? I try to write music that people will hopefully enjoy playing and listening to as well. But I certainly wouldn’t have reached this point if I hadn’t had the support of my wife Janet and others, including my friend Roger Buckton.”

He is still composing new work and is actively involved in the local music community as patron of the Christchurch School of Music, the Canterbury Philharmonia, Risingholme Orchestra, and the Shirley District Music Scheme. He has regularly played the organ during services at St Paul’s Church in Papanui for the past 40 years.

“A lot of people do things in their 80s, I’ve just kept going with my music,” he says. “When you get older you’re bound to come up against hurdles that you wish you didn’t have to. But if you can still do things then I think, for goodness sake, get on and do it. Otherwise you’ll just mope around.”

He believes music should be available to everyone and he conducts a choir at the Margaret Stoddart Retirement Village in Riccarton where he and his wife have lived for the last five years.

“Even in their 80s their voices are still very good,” he says. “Anybody is welcome to come along; half of them come in their wheelchairs.”

Before retirement, Mr Emeleus was a conductor for the New Zealand Secondary Schools Symphony Orchestra and the Christchurch Youth Orchestra, among many others, and he enjoys composing for amateur and school orchestras as well as for more advanced musicians. “I get a lot of satisfaction from seeing young performers growing and engaging with music and the pleasure that they get from playing.”

Born in Belfast, Northern Ireland, in 1938, Mr Emeleus studied composition, piano and viola at the Royal Academy of Music, London before moving to New Zealand in 1963.

He taught in primary and secondary schools, was a District Adviser Music in Southland in the 1960s, a Senior Lecturer at Palmerston North Teachers College in the 1970s, and in 1980 he became a Teaching Fellow at the University of Canterbury. He was also a Senior Lecturer and Head of Music at the Christchurch College of Education for almost 20 years until 1998.

“He has contributed much to the city and to UC through his teaching, his work with young performers and young minds, and through his music.” 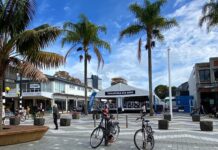 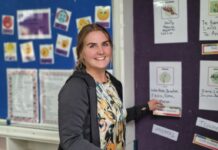