“Three Councils – Kaipara District, Waikato District, and Wellington City – failed to provide the basic data needed to calculate average rates, despite having months to do so. That’s not acceptable, especially when they’ve been able to provide it in the past. Ratepayers are left wondering whether they’re simply trying to avoid an embarrassing ranking.”
Further reading: 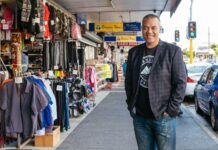 Gender Equality – Women make progress, but not equal yet –...

Local Government – Investigations into Porirua’s pipes to begin in Ttiahi...